A tool for visualizing and digging into vocabulary differences between books, tinkered with over the course of two semesters. 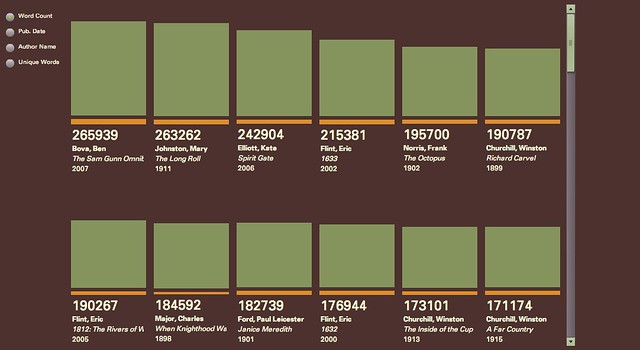 The .swf from which the screenshots above were generated still exists, but good luck getting it to render properly on any modern-day Flash player.

A later iteration of the project, integrating the book comparisons with something like Wordhopper, via the Wordnik and Google Chart APIs, has sadly been lost to bitrot. It is this version — whose data was crunched offline in Java and then displayed on the Web using PHP — that I am re-creating now as BookalatorJS.