In four years as a full-time e-book developer, my work was all about responsive design and graceful degradation. I developed or rebuilt hundreds of EPUBs, many having content difficult to translate into HTML and CSS, especially given the quirky constraints of e-reading software.

Such constraints included but most definitely were not limited to the following:

For obvious reasons, none of the code for the e-books I made at work is viewable in public GitHub repos. Below, however, are embedded albums of screenshots from a sampling of them.

Amplify’s middle-school library contains a mix of licensed and public-domain books, documents, and reading packets, some of which are integrated into lessons, some into games, some both. Documents used in lessons typically had definitions attached to specific words, which could work only if the underlying code was clean and semantic. Because it’s an educational product, accessibility was also a primary concern.

Similarly, the automatic line numbering depended on specific markup, especially in plays. Documents used in the game Lexica had quiz questions attached to lines of text, and if a document was incorrectly coded, these would appear at the wrong locations.

Poetry is always a challenge in e-reading systems, as are tables. In a nice change from retail e-book production, however, because we controlled the platform, we could be sure that these and typographic niceties such as drop caps and small caps would look reasonably consistent on every device and browser we supported. 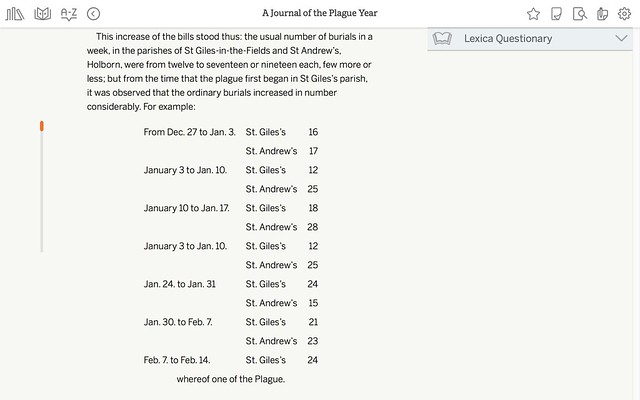 All ABA titles share a great series design, so although I converted or revised about a dozen e-books for them, I show screenshots from only two below. Most included code samples and lots of figures and captions. They were technically challenging, and it was nerve-racking to know that 99% of the readers would be developers. Working with ABA was also my first professional experience using Git and GitHub. 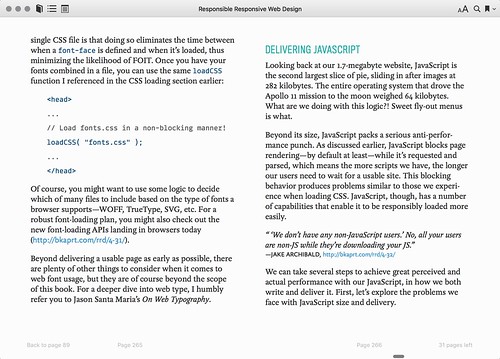 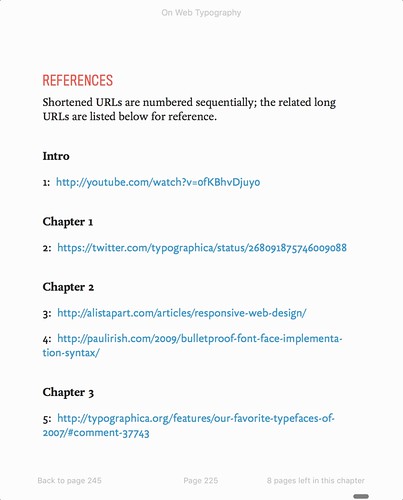 The following books are all free, so you can download them and kick the tires yourself. Because they were published by NBC, “enhanced” versions of each, with embedded video files, are also available. For those who like that sort of thing, that is the sort of thing they like.

I’ve enjoyed sewing since I was a child, so converting this book was a labor of love for me. The print edition was colorful and fun, and we wanted the e-book to retain the feel of that but also be usable. 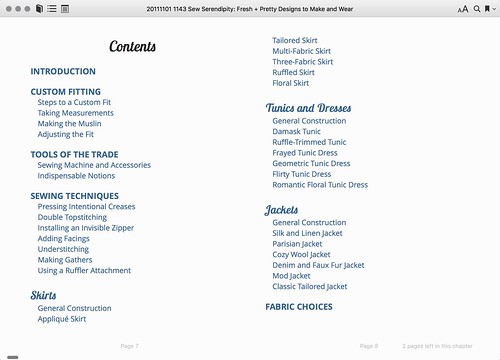 Although I completed the e-book, editorial staff changes orphaned the project, and as far as I know, it was never actually put on sale.

A “CRAFTable,” or project-based sample from a larger book. This was a sort of proof of concept for the product format. 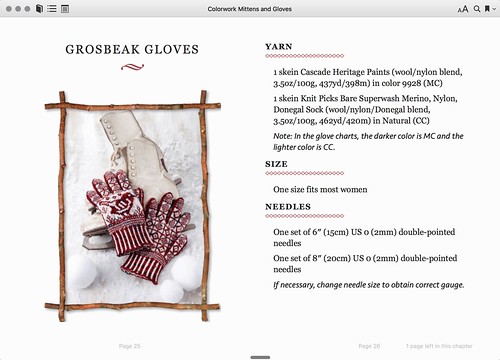 DIY Cocktails: A Simple Guide to Creating Your Own Signature Drinks by Marcia Simmons (c. 2011–2012)

This book was poorly converted by an outsourcer and then torn apart and rebuilt by me. You can compare it with the print design using Amazon’s Look Inside. 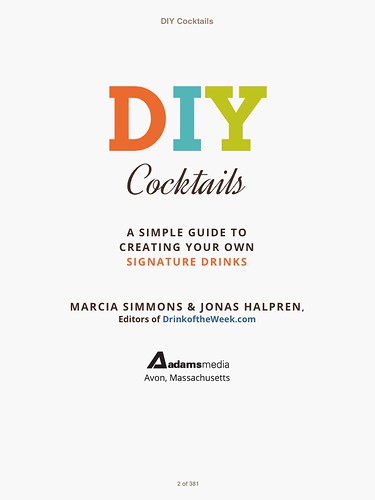